Throughout the most popular spots in Waikiki exists 23 markers for an urban trail. While it is easy to stumble upon a few of them simply by chance, visiting all takes some effort. Most of the markers are wooden surfboards with both images and text that narrate the history of Waikiki. Building upon the efforts of Troy Solano, I was able to finish the whole trail over 2 days while also practicing long exposure night shots.

Troy became interested in the urban hike a few months ago after finding an essay documenting all the markers. Despite becoming the laughing stock of the hiking community for his ridiculous mission, Troy would finish the trail over 3 days. The final day of his hike also included me and allowed me to see a few of the markers before attempting the whole thing at night. The following will list all the markers locations as well as images from nearby locations. Detailed information about what is found on the markers can be found here.

The first marker, pictured above and titled “Beaches”, is found where Monsarrat Ave. and Kalakaua Ave. merge. This marker details the four nearby sections of Outrigger Canoe Club, Sans Souci, Kapiolani Park and Queen’s Surf.

Walkway next to Marker 2

Continue walking West on Kalakaua and soon you’ll find another surfboard. Waikiki explains the popularity of surfing in the area as well as the importance of streams leaving the Koolaus. While on the walkway taking pictures of that patio thing, a local became interested in what I was doing and let me know about some dark areas on the Windward side as I was here trying to get some star shots near the current New Moon. He would also let me know my pronunciation of Hawaiian names was very good. Just wanted to let everyone know.

Marker 3 near Ala Wai canal

This marker has you leave Kalakaua temporarily to visit Ala Wai canal. Walk up Kapahulu Ave. then head left on Ala Wai to reach this marker. Queen Liliuokalani shows how Waikiki began as an agricultural community to become what it is today.

Head back down to Kalakaua and head West again. Soon, you will find a statue of Prince Kuhio, along with an urban waterfall just a little more West. The marker here will tell you the story of Prince Kuhio.

The next marker stays on Kalakaua as you continue in the same direction. Here, the statue of Duke Paoa Kahanamoku is the marker itself. A short blurb appears at the bottom of the statue.

The next landmark is right next to Marker 5. Here, you will find the sacred Wizard stones fenced off.

The next marker is near the entrance of King’s Village shopping center. Head up Kaiulani Ave. to reach this location. This marker tells the history of King Kalakaua.

The next marker stays on Kaiulani Ave. Head up one block to look for the surfboard among the trees in the park with the Princess Kaiulani statue. Ainahau details the history of the estate of its name.

Marker 9 will bring you back to Kalakaua and inside the International Marketplace. A short pool and waterfall will be found in the back of the area.

Update: The International Marketplace was recently demolished but the marker was not removed (Source: Troy).

Marker 10 is the palatial Westin Moana Surfrider hotel. This will be found across the street from the International Marketplace, although it will be closer to Marker 7 so you will see this first if doing the trail numerically.

The next marker will be the first of a few that has you leave pavement and to get sand in your shoes. This marker sits on the Oceanside of Duke’s restaurant and will be right next to the establishment. You will learn about the Waikiki Beachboys here.

Marker 12 is back on Kalakaua Ave. sandwiched between many trees. It will have the Hard Rock Cafe in the background and will describe the Helumoa Coconut Grove.

Pier between Markers 13 and 14

The next 2 markers are on sand again and very close to each other. Marker 13 will be just outside Outrigger Reef Hotel and Marker 14 will be just a few steps West after passing the pier.

From Marker 14, head back up Kalia street and soon you’ll find Marker 15 not too far from a bus stop.

The next marker will be back on the beach at the end of Paua Pl and not too far from Atlantis Submarines.

Marker 17 has you walk up a curved pathway to Ilikai Hotel where the surfboard will be found.

This marker.. doesn’t seem to exist anymore. Troy and I spent a lot of time looking for it but saw no signs of it. It should be situated near this black pipe near the entrance of Ala Moana parking lot.

The next marker is back on Kalakaua near the Hawaii Convention Center. Look for the surfboard just as the bridge over the Ala Wai canal ends.

Marker 20 will be just right of the Fort De Russey sign at the park where Ala Moana Blvd. and Kalakaua Ave. meet.

Marker 21 is the statue of King Kalakaua on Kalakaua Ave. (head back East for a while from Marker 20) and marks the end of the traditional trail. An additional 2 markers would be added not found in older documents.

The first of the new markers is possibly the most popular of the urban waterfalls found on the island. This is found at the entrance of Hilton Hawaiian Village where Kalia and Ala Moana Blvd. meet.

The final marker is between markers 16 and 17 on the Oceanside. This one will be right in front of Dairy Queen.

For first time hikers, finding all the markers could take around 3 hours, but expect more if going at night as some of the markers can be hard to see. The trail itself is easy. And while long, does not heavily tax you physically. It’s a fun way to explore Waikiki while learning some of its history.

All exploring and picture taking done by Marvin Chandra 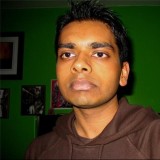 Endurance hiker and our resident daredevil with a heart of gold. Extreme chocolate raisin eater and master of sensory dominance.

Thanks Troy. We’ll see how the pros do it when we take the 2-day tour. Should be easy for us to do this is in one day now, although we said the same for Aiea-Manana

Both trails have their challenges. Waikiki has the obstacle of sand, hurricanes, and tsunami’s. Aiea-Manana has mud, rain, and clouds.

Don’t forget the tourists, they’re the main obstacles and unlike anything on the mountains

Oh yeah and the homeless and drug addicts.

I’m sure I could kill a baby elephant with my tripod if it came to it.

Your images are amazing! Can I ask what type of camera you use for these gorgeous shots?

Thanks Mindi, these were taken with a d5100 and Tokina 11-16. I used a tripod for all these shots too which helped keep everything sharp while doing longer exposures.

Thank you! These are absolutely breathtaking! You are a great photographer.

[…] learned about this walk, best done in the evening in our opinion, from Exploration Hawaii when we were looking for hikes. Although this really isn’t a hike, you can make one of your […]